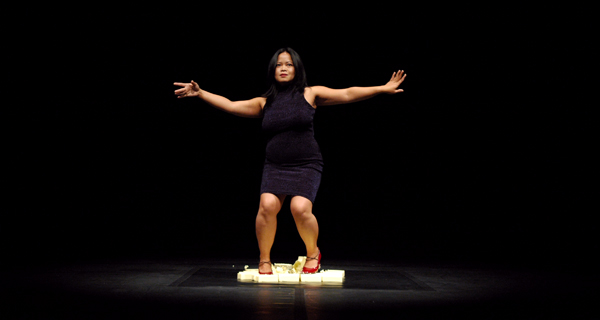 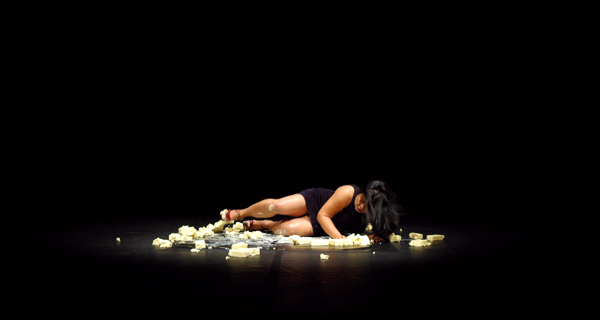 Melati dances on the butter 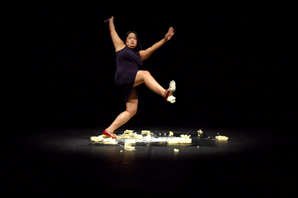 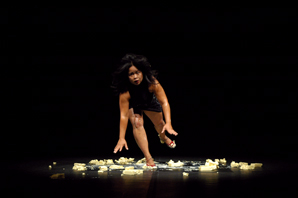 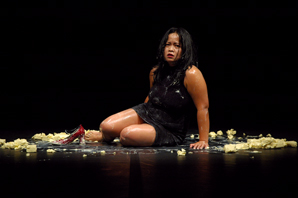 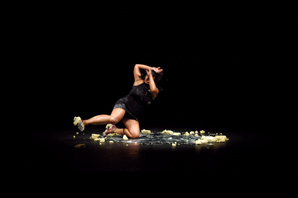 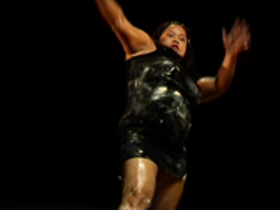 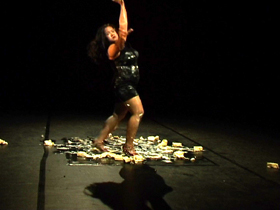 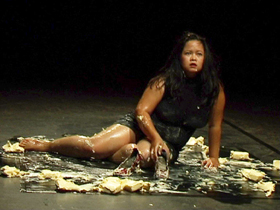 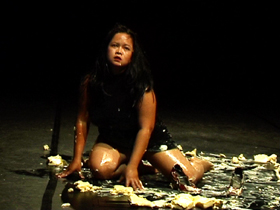 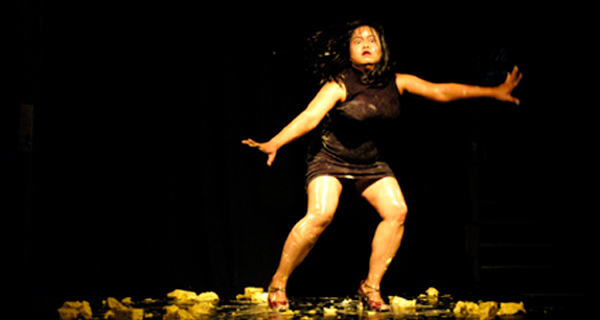 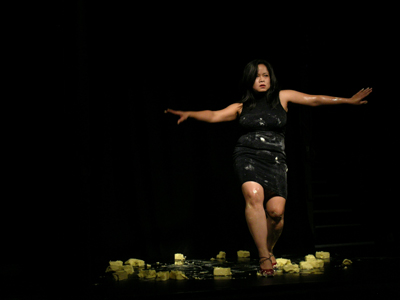 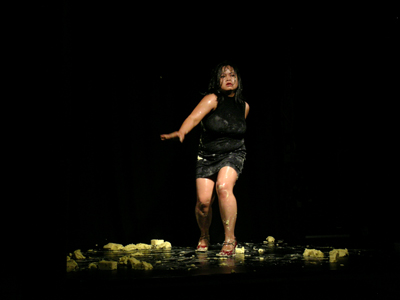 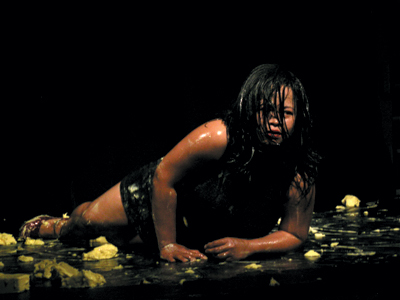 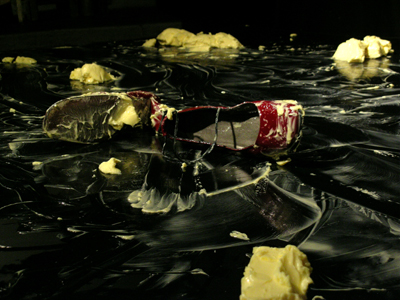 The performance was inspired by my interest about time, especially how the human body relates to its biological, psychological and physical time. I also believe that everything happens in this world does not stop, even when we die. What we can deal with is the time that our body can adjust to the whole conception of time, whether it is physical or biological. But in thi spiece, I was seduced to enter the specific moment, a moment where my body relates with very specific delicate moment, just like before I fall down. This a moment where all my consciousness controls my body, but at the same time the risk comes unpredictable. I might lose the control, but the will to get up again is more important to me. It is about our attitude towards this very specific moment in life. As our perception on pain is produced within our education and cultural environment, I believe that everybody percieves the action and images of this work in many different ways according to their individuals.

I walk into the space, towards the butter blocks prepared already on the dance carpet.
I put my self, standing with my back towards the public. I turn to the front, and step on the butter. I start dancing and let myself fall down if it happens and try to wake up again. This action is repeated until I lose my energy. I put off my shoes, stand up slowly and leave the space. 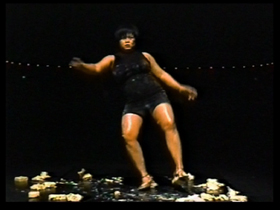 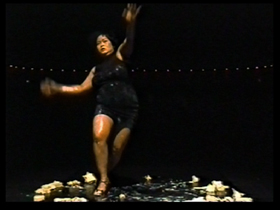 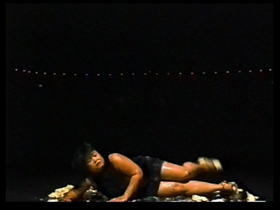 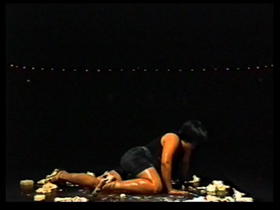 Interview with Melati Suryodarmo
Posted on September 22, 2012
by Amanda Betlehem

In what context was ‘Exergie – the butter dance’ originally produced and shown?
M: This work was produced during my student time at art school. It was performed first at the
school and then was performed in the Hebbel Theatre Berlin (now: HAU1 Berlin) in 2000.

What was your original intention?
M: When I created butter dance, I was in a situation where I realized that my life has been up and down, fell down and I got up again. These has to do with the nothing with very specific, but every time when those moments of shifting happens, it becomes a very special moment. It is the time where decision and our resistance are required. The work was created after a long process of understanding different kind of experiences and then induced them into the point
where emotional contents put into one. Exergie (English: exergy) theory is happening here in the work. Of course the term is used for a thermodynamic context, but human life is somehow part of this kind of system. Exergie-butter dance, is a short kind of “haiku”, a poetic action, with only three kind of basic movements: dancing on the butter, and stand up. The fall is something in between that happens when it happens. In my mind, as everybody knows, of course you will slip on it, but when I dance on the butter, the purpose is not to fall, but to be able to keep the balance on it. So, every fall is not on purpose at that moment. I am trained for many years in butoh dance, and I do have the technique of using the body, although my body is not even closed to dancer body. This work, is also inspired by some images of Francis Bacon paintings. Where the static physical appearance shifted into movements. I am aware that this work provides images of pain, but aren’t we having a preset mind and our own memories of pain? In many of my works, are dealing with psychological encounters with the public. The perceptions of psychological contents of the public are activated. And there, a very delicate communication or collective understanding in various states are happening. Exergie – butter dance is a long life project, I will do and carry this work with different age and with the changes of my physical stage. The main concept is always meeting my life in different time perspectives. At the end I am so much connected with the understanding of life phenomenon, and emotional states, that things are happening for temporary. Things are changing, nothing remains.

Why butter?
M: in my case, there are so many reasons to choose butter. I am choosing materials that represents all in all the concept of the work. I love butter, and I hate it at the same time. It also represents my relocation from my culture, something that I love and does not come from my nature of nutrition (we don’t consume butter in Indonesia) at the same time it has changed my body since I get used to it in Europe. I am under a hypothyroid illness and it is becoming active since I live in Germany. It also represents, thus, the cultural confrontation I am having, in one side I should adjust and assimilate with the culture I live in, but at the other side there are so many rejections. Why am I not making eating the butter and in stead dancing on it? Yes, I do sometimes against the system, especially system that has been cultivated and able to absorb us into a kind of common normality. But in fact, our personal lives sometime are not always compatible with the system we live with. Sometimes we do not have other choice, but in a very single action to change, made by individuals, it will probably gives change.

The video has gained a huge amount of popularity online, in a slightly altered form.
Does the video’s global popularity change its meaning? How? Does it bother or please
you?
M: The video on YOUTUBE was uploaded by a performance art space in Malmo, Sweden. I did the performance there, and with my permission to upload it on their public media for promotion purpose of their institution and for educational purposes. Fine. Two years ago. Just recently in May, I heard from friends that this video has been going viral. It has surprised me that it took almost two years, and then got so many views. It does not bother me, I know that once a work is presented for public, it can be taken as what the public want to take it. I do not make art only
for art people. It is most interesting to see how people in general react to an art work. Why do artist mostly think that art work are for those who understand arts? Art is for humanity in general. It does not bother me and it does not please me… it is as it is. This is just a video on youtube, a documentation that will never be able to replace the live performance. But one interesting thing in the discussion is that people start asking whether it is art or not art. We almost have forgotten… what is art today?

Do you have any problems with other people spreading your art?
M: I will do have problem if they misuse it for business. Since the documentation is not my actual art work. I am tolerating this so far. It is somehow interesting to see how the power of public nowadays, through the social media can do whatever they want to do. If you have a good manner and respect, you do not make fun or take or steal others belonging. We live in a world of endless reproduction, consumption, manipulation. In fact, the documentation has confronted people’s mind and opinions, and I am the creator of the work who tries to consequently accept what is then happening with my work. It is an ongoing learning process indeed. 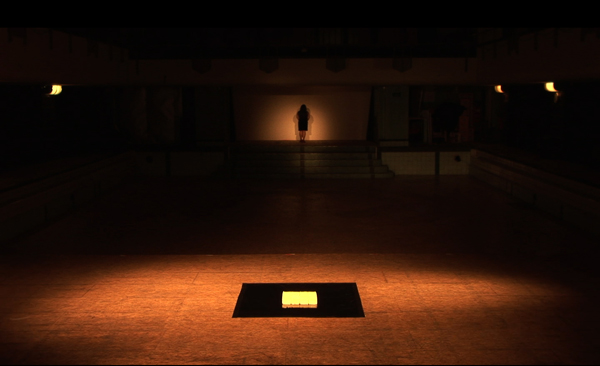 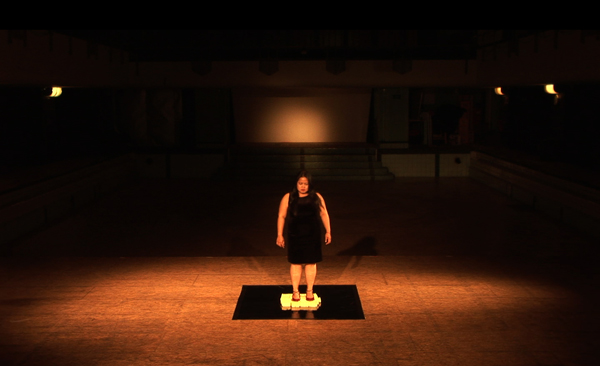 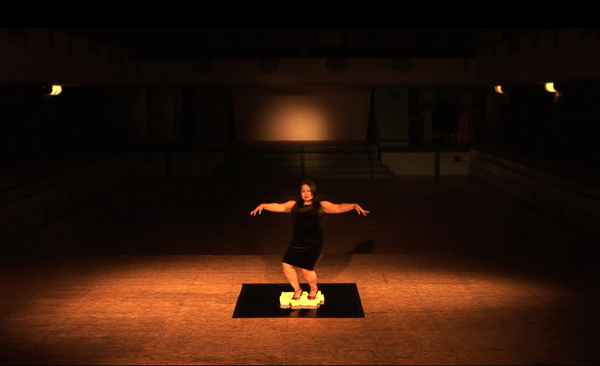 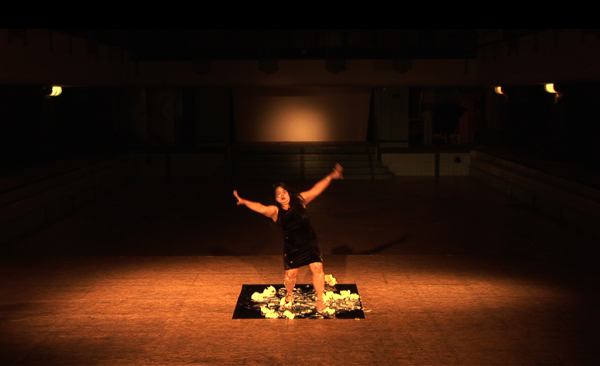 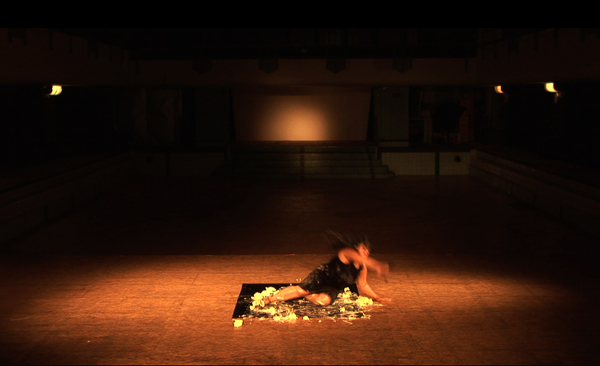 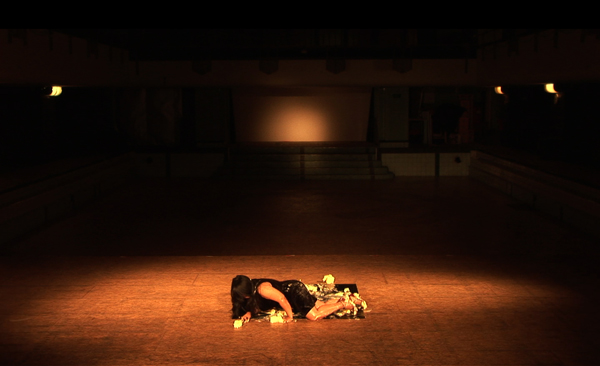 Exergie -butter dance has been performed at:

The video documentation of the Exergie-butter dance taken from the live event at the Hebbel Theatre Berlin in 2000, has been presented in various international exhibitions.