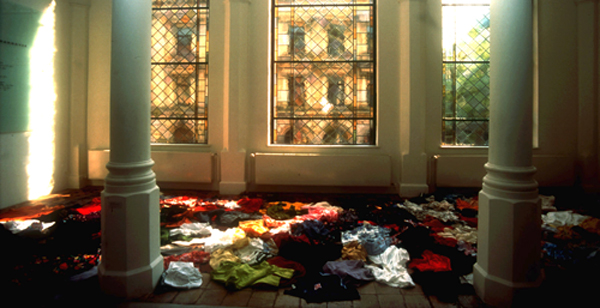 Der Sekundentraum was performed for the first time in 1998 in Hannover Germany. This work was inspired by the cultural confrontation the artist‘s dealing with as a foreigner. It represents the effort of finding an identity. Hundreds of clothes which I had personaly collected during her first years of migration. They reflect the ambiguity, doubts and replacements.
In the performance, she folded and piled the clothes, messed them up again and put on one by one until she could not move anymore. She said she was dealing with a system which has included her into a kind of preset behavior. But since she moved to another country, she had to give them up and starting again from the beginning. The work refers to the accumulation of life stories , experiences and situations that create rules they later destroy. 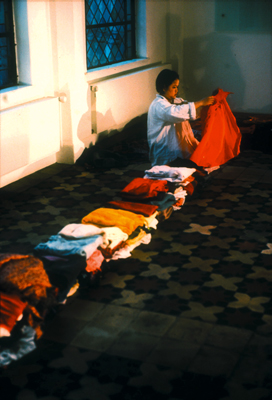 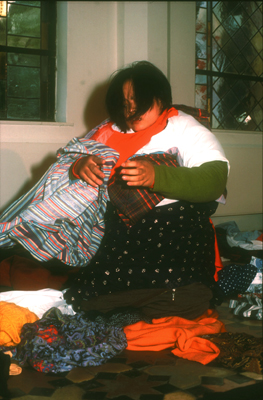 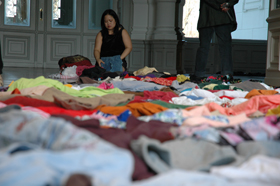 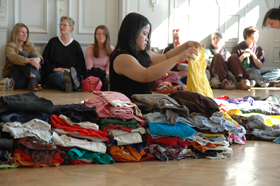 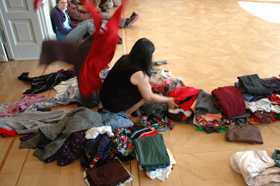 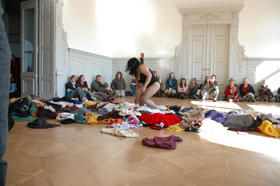 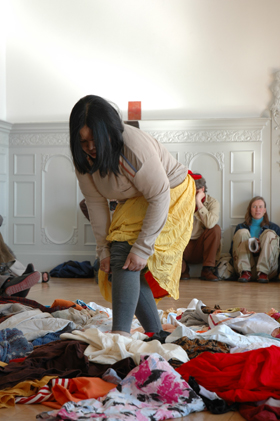 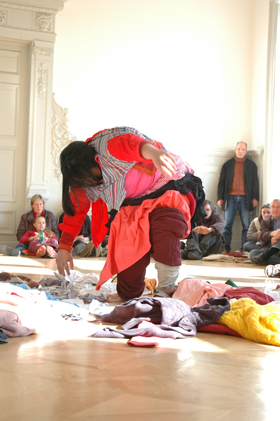 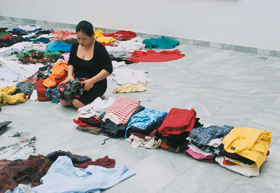 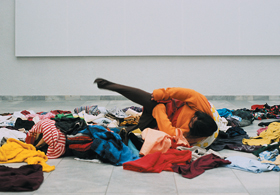 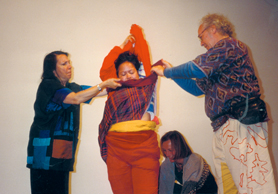 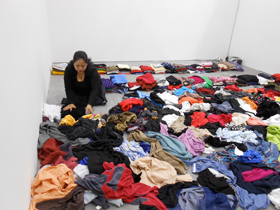 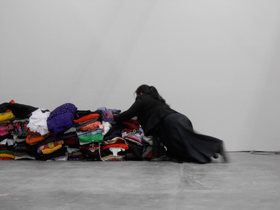 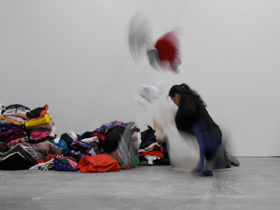 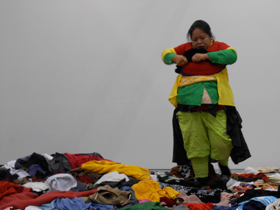 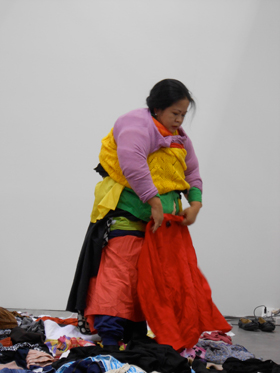 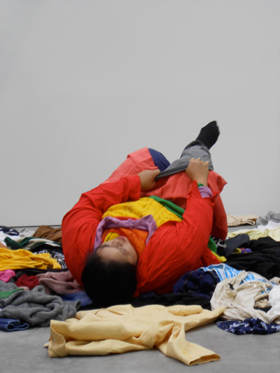 Performed at the Indonesian Pavillion at the Art Stage Singapore 2013