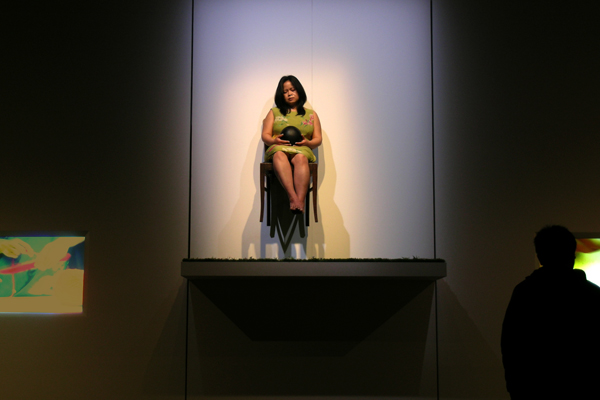 The Black Ball was inspired by the life and works of Egon Schiele. Egon Schiele (June 12, 1890  -  October 31, 1918) was an Austrian painter, and a major figurative painter of the early 20th century. Schiele's body of work is noted for the intensity and the large number of self-portraits he produced. The twisted body shapes that characterize Schiele's paintings and drawings make the artist a notable exponent of Expressionism.
Observing Egon Schiele´s portrait drawings, I assume that he had truly transformed darkness on the expression of the portraits, in a very detailed precision. Even if he has portrayed other persons, he involved his sombre side on them. The contrast between erotic and the hardness represented his time. He was accused due to his nude girls drawings, and spent some years in the jail.
But in this work, I was more interested into specifically one of his drawing which is “organic movement of a chair and jug”. In this drawing, the chair and the jug were floating in a very specific perspective, as if both were thrown away in the air.
In The Black Ball, I sat on a chair I attached on the wall, about two and a half meters high from the floor. Below the chair, a shelf designed by Marina Abramovic, was covered with artificial grass. I only sat on the chair, and hold the black rubber ball, for hours.

I am returning into silent of act, returning my verve into the silence, compiling silent moments I have ever experienced in my life, especially those when I was in fears or loss. I approach the closest path, the most sensitive line, between my body and the undiscovered landscape of my psychological experiences. I am listening to my silence, focusing on its darkness.

Performed during the exhibition "Retrospective of Live and Works of Egon Schiele" at the Van Gogh Museum Amsterdam, 2005 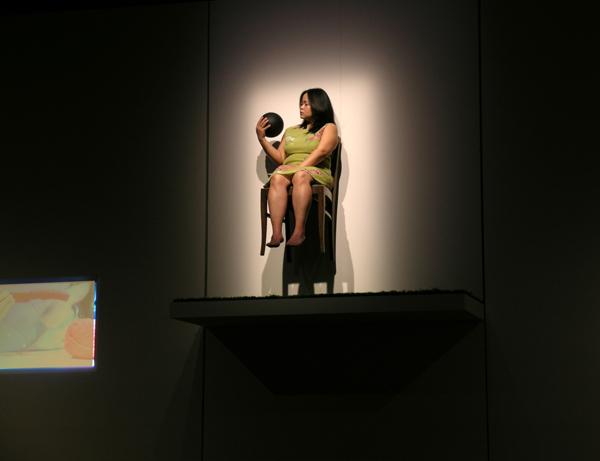 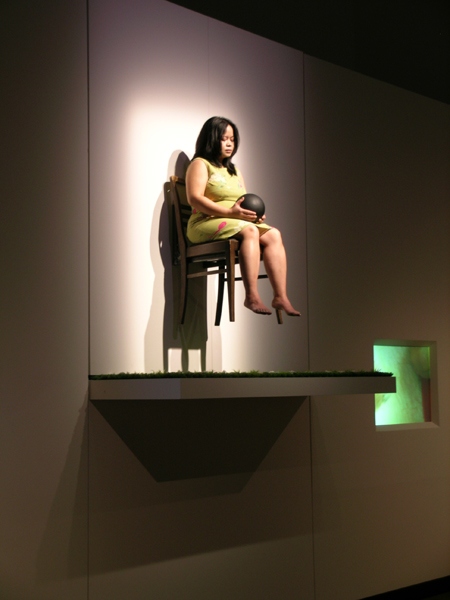 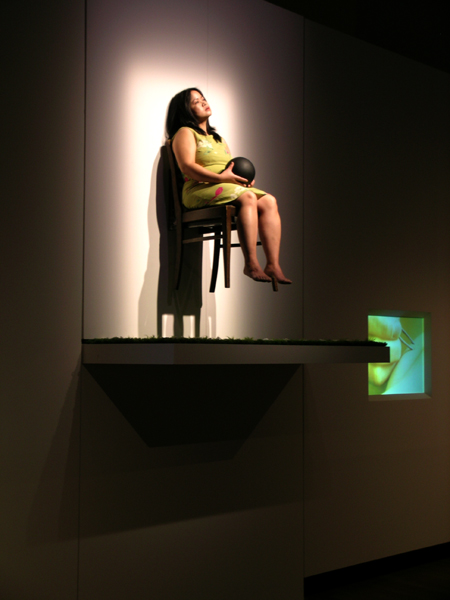 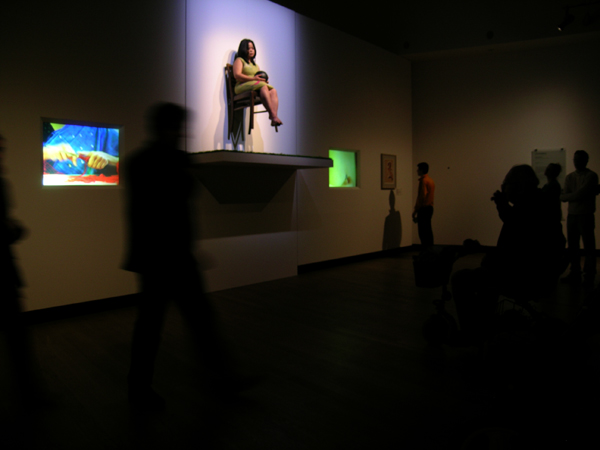