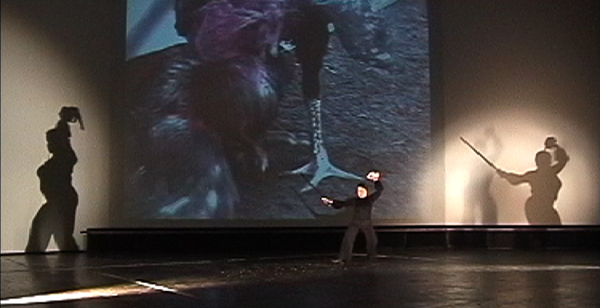 Armed with a sword, Melati danced a fighting maneuvers in slow motion. On the large projection screen, a rosster fight is shown. Coins are falling out of the dead chicken she hold while she was dancing. The energy of the fight and the animal attitude are the basis of this work, which raises the discussion of the need to fight against reality – and against its deficiencies in order to achieve set goals. 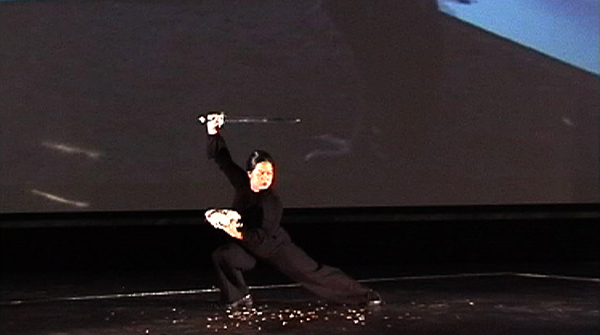 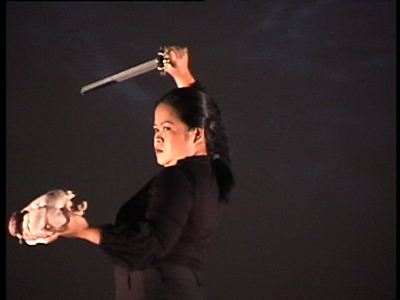 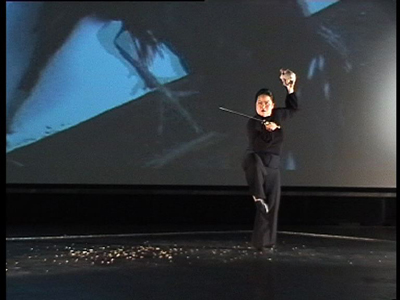 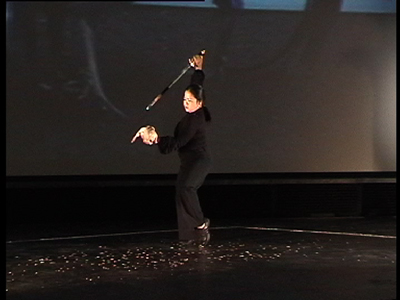 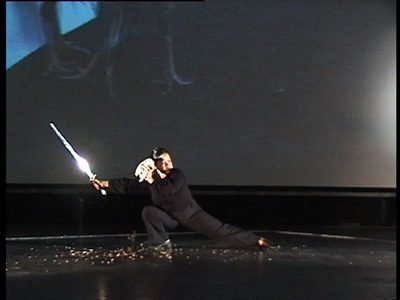