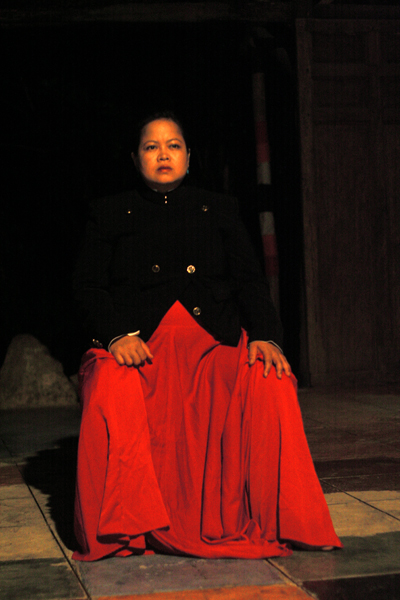 Let those who are in favour with their stars
Of public honour and proud titles boast,
Whilst I, whom fortune of such triumph bars,
Unlook'd for joy in that I honour most.
Great princes' favourites their fair leaves spread
But as the marigold at the sun's eye,
And in themselves their pride lies buried,
For at a frown they in their glory die.
The painful warrior famoused for fight,
After a thousand victories once foil'd,
Is from the book of honour razed quite,
And all the rest forgot for which he toil'd:
Then happy I, that love and am beloved
Where I may not remove nor be removed.

There have been many varieties of interpretation of this sonnet, but I presume and udnerstod that this sonnet was about the historical situation during the end of 16th century and beginning of 17th century in England. More interesting this part is taht the sentence about the victory that my be failed then, and those people were forgotten. He then compared with the fortune of being himself as a poet, who could give love and be loved, may not removed nor be removed.

This sonnet might has holded simple message, but it brought me to the recent situation nowadays, where humanbeings in the politics are even more rapidly in the shift for being fortunated and then defeated, and then forgotten. But recent artist position in the society becomes similar with those politicians. In their field, they compete, some become the winners, and after short period they are forgotten. As the art work does not nescesarily serve the society, but their own egos. The society moves on, but ego is fragile.

I performed wearing a black Javanese traditional men's suit, and red skirt. I cut the suit and pulled white ribbon filled in the the suit out. I wrote my text derived from the Sonnet number 25.

Performed at the "undisclosed territory#3" at the Padepokan Lemah Putih Solo, Indonesia, 2009 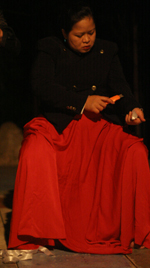 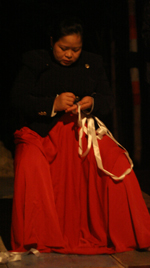 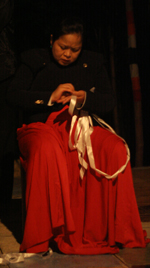 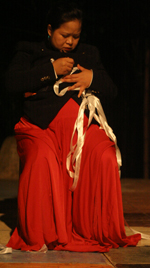 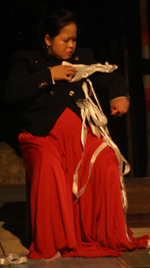 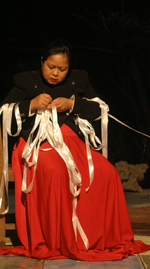 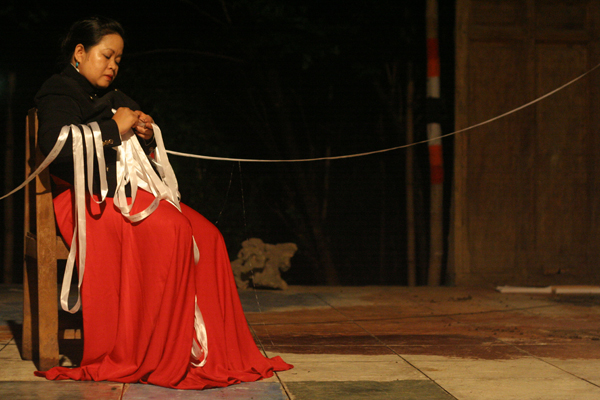 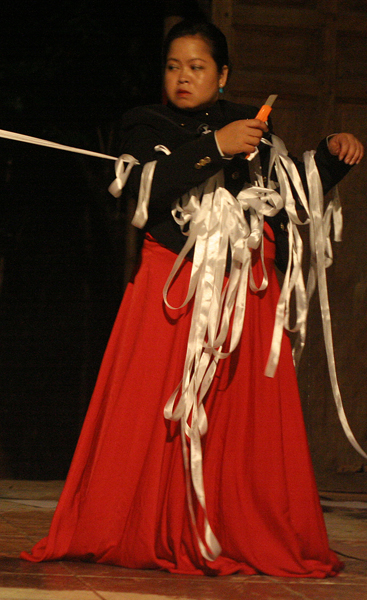