Perception of Patterns in Timeless Influence 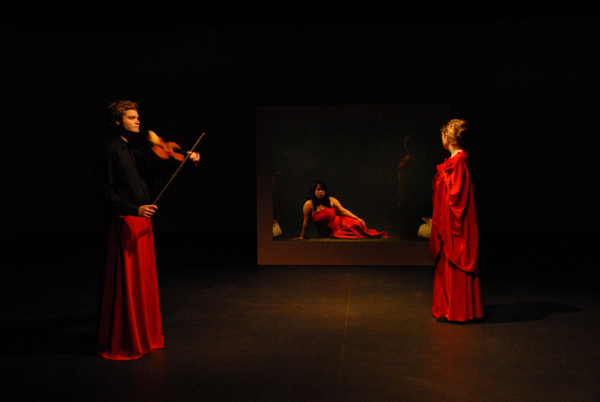 Perception is sometimes referred to as a cognitive process in which information processing is used to transfer information from the world into the brain and mind where it is further processed and related to other information. Some philosophers and psychologists propose that this processing gives rise to particular mental states (cognitivism) whilst others envisage a direct path back into the external world in the form of action (radical behaviourism).

A pattern is a form, template, or model (or, more abstractly, a set of rules) which can be used to make or to generate things or parts of a thing, especially if the things that are generated have enough in common for the underlying pattern to be inferred or discerned, in which case the things are said to exhibit the pattern. Pattern matching is the act of checking for the presence of the constituents of a pattern. The detection of underlying patterns is called pattern recognition. The question of how patterns arise naturally is dealt with by the scientific field of pattern formation. The simplest patterns are based on repetition/periodicity 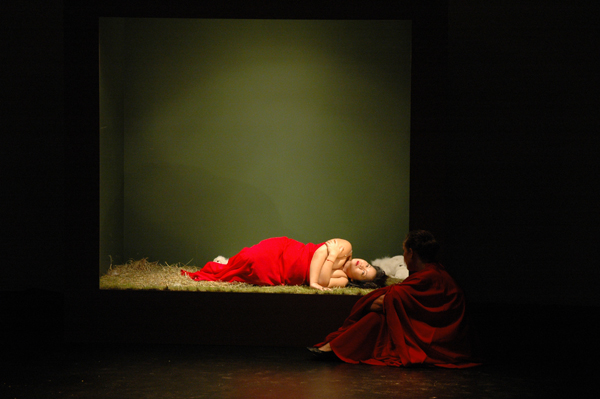 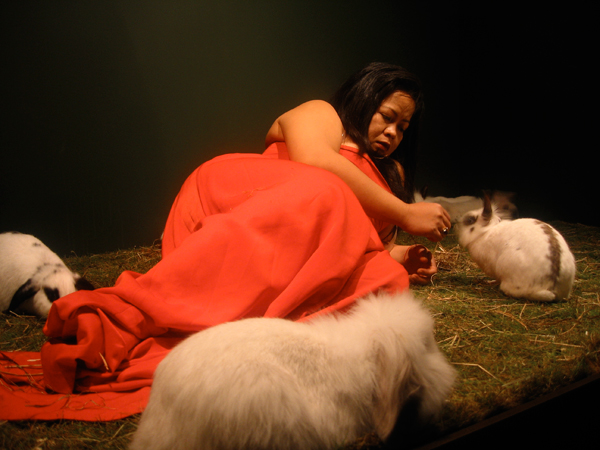 I was basically interested in the history of mankind, how for example the history of colonialism which effected the exchane of influence among the regions in the world which was connected by the ships expedition and trading. For some nations and culture, the history are mostly painful if it is related to their loss of their own country. During the ancient time to the middle age and to contuinued to the glory of barrock era, there have been believed on mythologies, regardless what kind of religion they had.

Rabbit is one of the most known animal symbol in mythology of many cultures, from China, to Mayan, Pagan, Christianity, Indian to Egypt and many more. Rabbit is also an animal that should be a best to accompany a trauma theraphy. 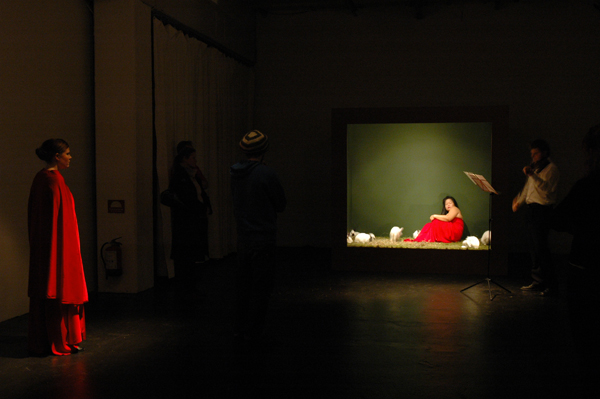 In the "Perception of patterns in timeless influence", I performed with seven rabbits inside a glass box for several hours. I have chosen the colors of Caravaggio's and Jan Van Eik painting, and invited a violin player and a Soprano to sing Blute Nur from Johannes Sabastian Bach's Matheus Passion, every 20 minutes. 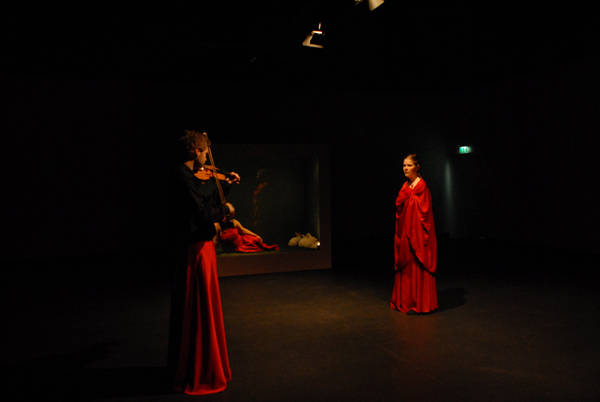 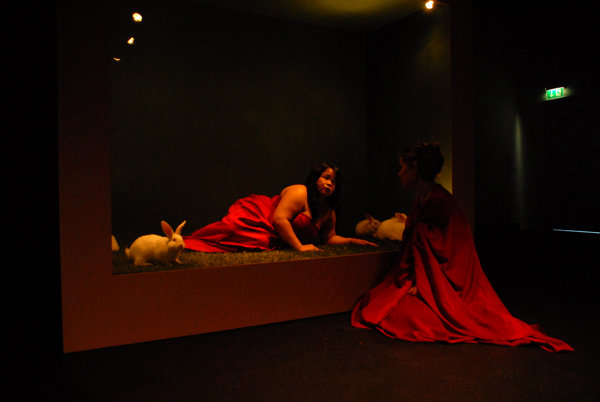 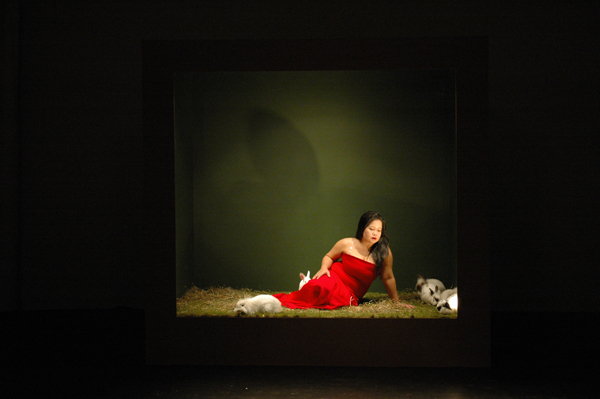