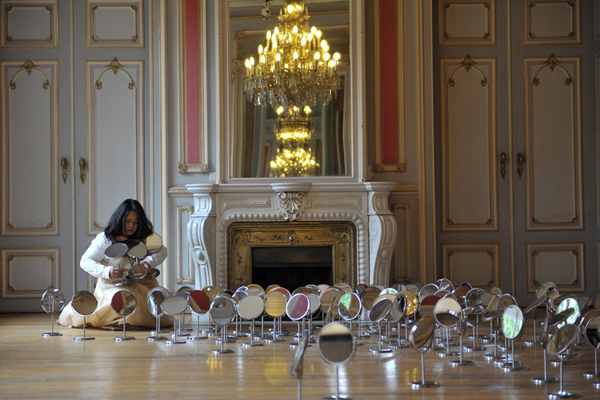 To serve _ the project

When I was invited by Jorge Leon and Simone Augterlogny to be part of their project, which was called “to Serve” in 2009, I had no idea what I should do. I am not used to work based on subject chosen by other people. But this was to me a kind of challenge, and because I am interested to the subject to at the end.
In 2008 I met Jorge Leon for the first time in Brussels and we connected further with a documentary film project  “Vous etes servis” where he took his investigation and shootings in Indonesia in 2009.
“Vous etes servis”  is being nourished by encounters and interviews with Maids coming from various countries. The precarious and often abusive or illegal position of some of these workers lead Jorge to investigate in the field of contemporary slavery which in turn brought him into contact with organizations that are committed to reducing the growth of this phenomenon. Organizations such as The Centre for Equality of Chance and local centres who host the victims of human trafficking are engaged with analysing the impact of human trafficking; legally, socially and economically as well as offering practical help to the victims of such abuse.
The impact and sheer weight of these encounters, detailed in personal stories begged for further exploration and an expanding of the research to other medium than only film.
In „to serve“ Jorge and Simone collaborate to integrate and stage the raw material of documented experience with a more performative material stemming from their research into the archetypical representation of the domestic. They will question the mechanisms that are at play in the act of serving and being served and consider the inherent theatrical dimension that the power relationship contains. By combining their fields of practice in the collaboration they will propose a frame that can house multiple facets and perspectives on the chosen subject and allow for the co-habitation of different media and approaches to artistic expressions. Following from this, the project expanded to incorporate the contributions of specific artists or experts that Jorge and Simone invited to produce a work around the ideas of domesticity and servitude.

The project consisted of four modus: 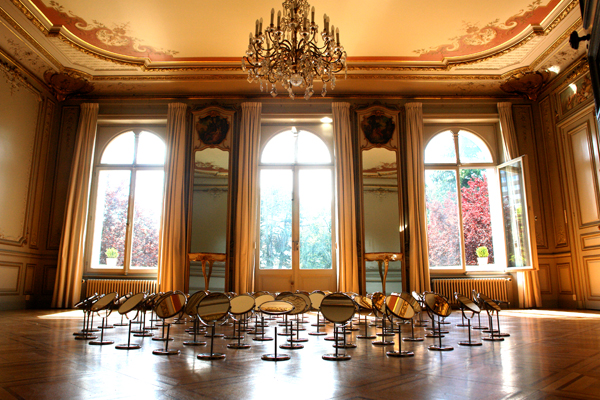 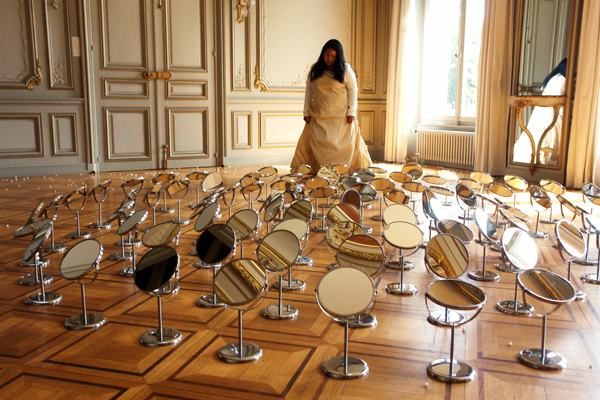 The project has challenged me to investigate and observe, by collecting stories, datas, information about the guest workers. Especially I come from Indonesia, where more and more agents and the flow of domestic workers becoming a big issue in labour and human rights. I could find many information about this issue but it was difficult to find a hint for my performance. It took me about eight months to work on this project without any specific result, until I went to Taiwan during the “Artrend” project in 2009. We travelled to five main towns around the island. When we stayed at the East Coast small village near Taidung, I met an Indonesian maid who worked at the small village noodle restaurant. I went to eat my lunch at the restaurant where she worked  and she told me a lot of stories about her journeys how to became a maid there and how she was not so happy about her job especially that it was not the job she supposed to do as written in the contract. She needed a help, but I could not do anything except helping her to connect with a friend who worked for the NGO for domestic workers protection. But at the moment, I was embarrassed and angry for being helpless. My sadness, reminded me to “passionate Pilgrim” a poem I have written, back in 2005.

If it is just a zero place where we are
and nothing else in between
the emptiness where we´ll never get in. 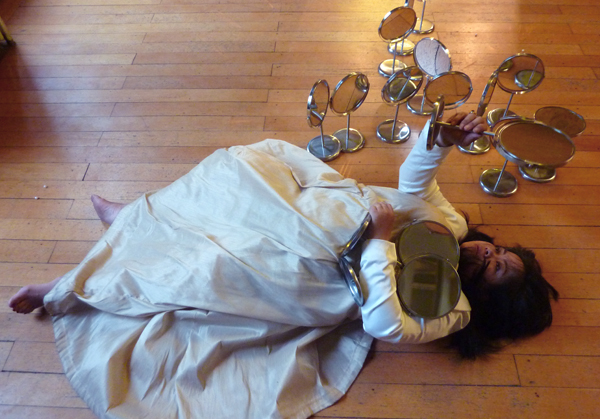 The Performance
Passionate Pilgrim is an five hours durational performance in which Melati Suryodarmo used one hundred pieces of mirrors and plastic pearls and was inspired by encounters during her journey and being confronted with identity and dignity issues, especially those which are related to her origin.  The body is collapsed when the passionate pilgrim begins. 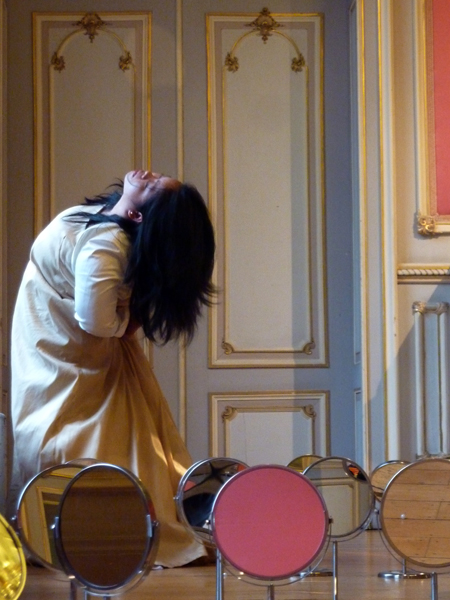 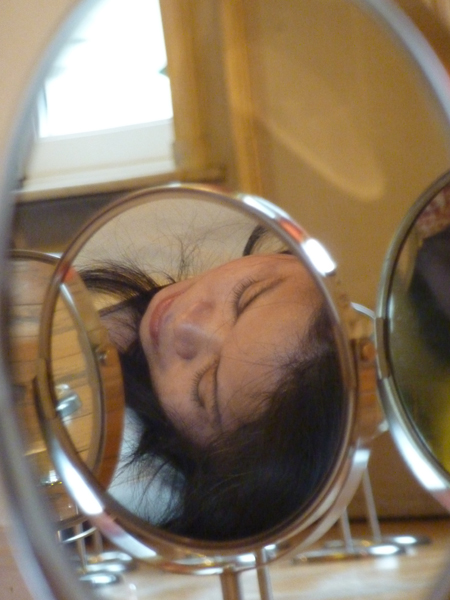 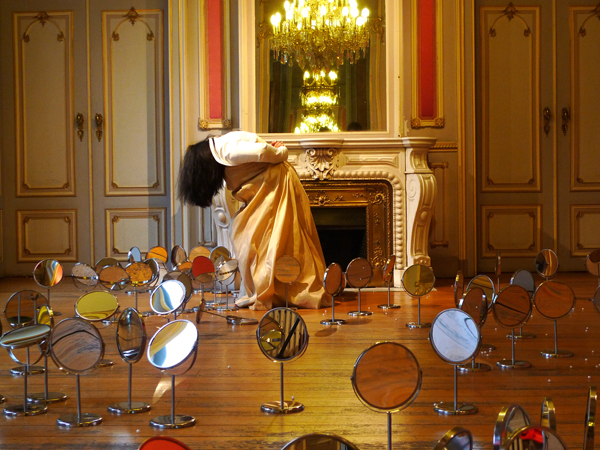 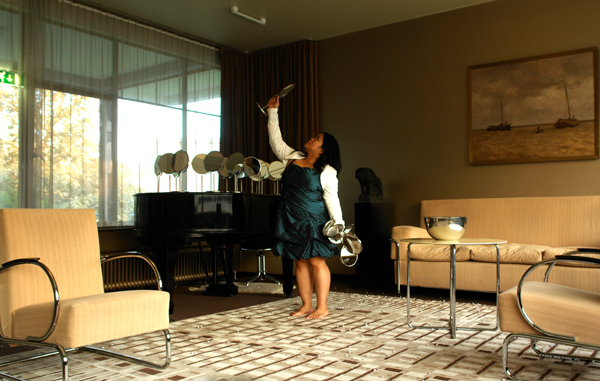 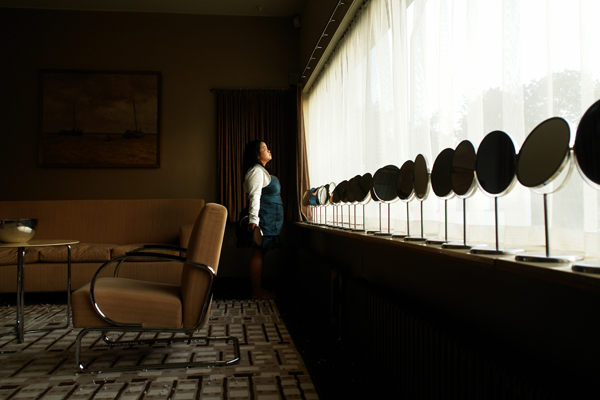 performed at the House Sonneveld, Rotterdam, 2010 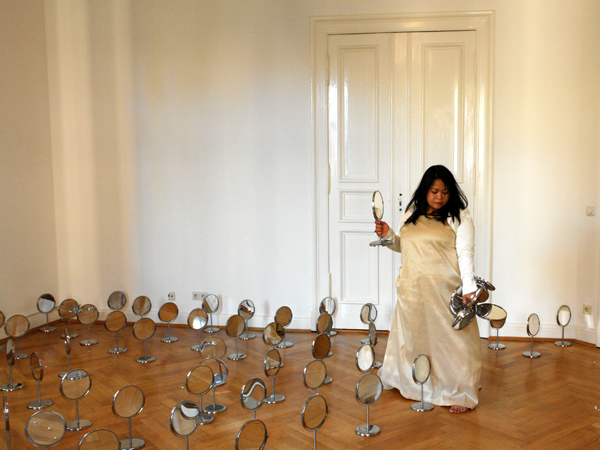