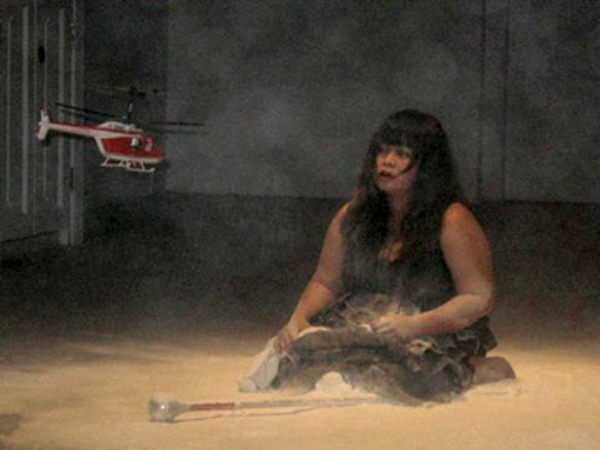 Once I realized that searching for a form is a way too far that returns becoming my jail. The freedom of formulating my thoughts slowly becomes my own restriction.
The whole compilation of existing brilliant ideas or theories has influenced our structure of thinking. If we use the certain theory we are giving the devotion and become faithful to what it may applied in our practical life, we tend to follow the line and sometimes, ignore the others. The nature of our ego is to stand for our choice and claim it as the best. It does not matter if there is traditional norms, political system, philosophical way of thinking or psychological analysis, or religion, our choice is to connect us with the existing idea founded by others. Sometimes, our life is derived by the rule or structures that organically may not fit to our origin. The deviation of roots in our cultural body becomes a spectacle that is hidden if we are not aware, but radically obvious if we are aware.
I am interested to line up the historical process of believing to existing ideas, ruled by the academic education and intellectual environment. How the science influences our life and predominating the way of socio-cultural standard of living. The lost of connectivity between the origin of the body and the mind of others, is the lost of our own existence among the systems.
The danger of beliefs will increase if there is no chance to the individuals to be independently growing. The absolution of beliefs is the most dangerous cultural destructions elements.

Eulogy is a piece that involves some ideas of interrogating the influence of existing ideas which become the basic structures of thoughts. It connects with the compilation of philosophical manner, the danger of second-guessing in math and the idea of physical movement.

In the performance, I entered the space, holding and truning majorette stick. On the floor there are some sacks of wheat powder. I opnened the sack and spread the powder on the floor into a circle form. A mini helicopter controlled by a pilot, entered the space through the window. I waited until the helicopter stoped and arrived at my hand.

Music: Somewhere over the rainbow by Judy Garland

Performed at the Future of Imagination, Scuplture Square, Singapore, 2008 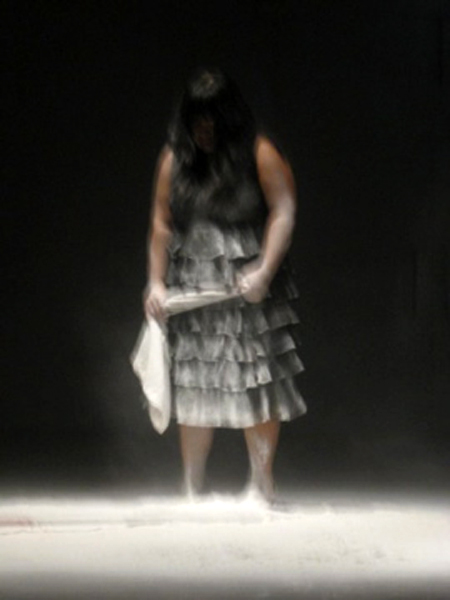