Deformed Ethic of a Relationship 1.0 in collaboration with Oliver Blomeier 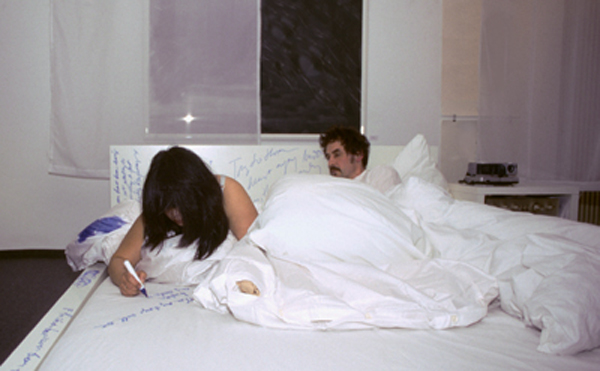 This is the continuation of the Deformed Ethic of a Relationship 2.0, where the the artists performed on the bed in a gallery space. The video work was projected on the curtain. Melati wrote her text all over the bed and on Blomeier's body. At the end of the performance, Blomeier turned the electric jigsaw on. 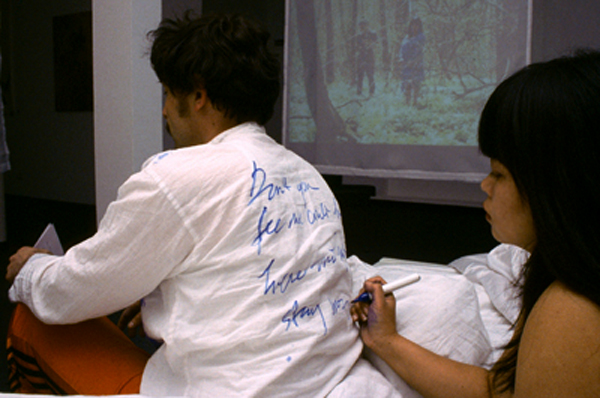 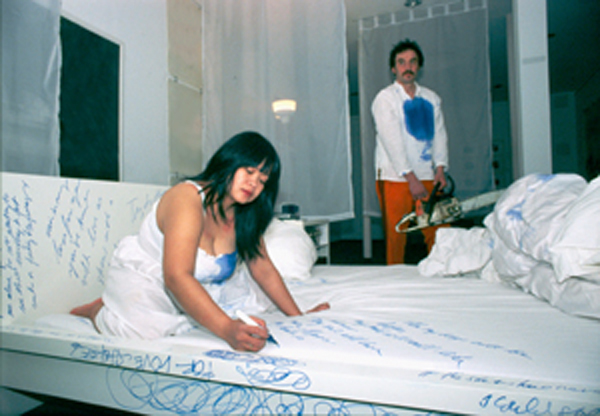 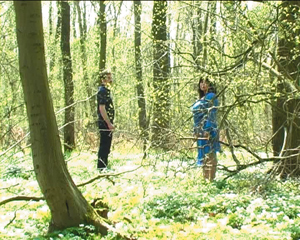 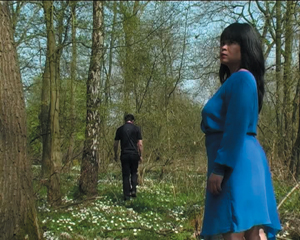 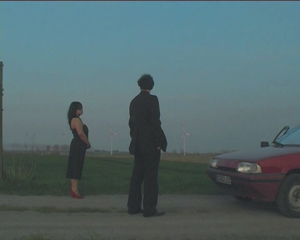 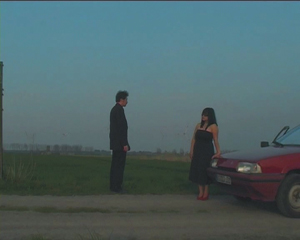