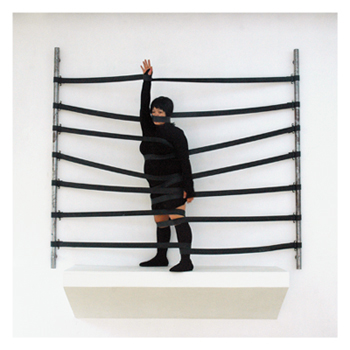 In this work, I tried to articulate the meaning of freedom in many ways. When I started to understand, that freedom is not something that is given by others, but it should come from our individual willing to have it. When we think we need a freedom, we are probably already a free person. I was then thinking and questioning about the different meanings of freedom. In Europe, where the society supposed to have more freedom, a protetected area for theis society's freedom, I felt much more restricted than my own country. Somehow, there are values that we should probably not equalizing it in a same standard of value. As we live within so many kinds of boundaries in our lives, we tend to move restricted.

in Boundaries that lie, I used rubber bands attached on the iron construction installed on the wall above a shelf, two meters high from the floor. I moved with the rubber bands, as loose bondage for my movements.

Duration of the performance: 3 hours 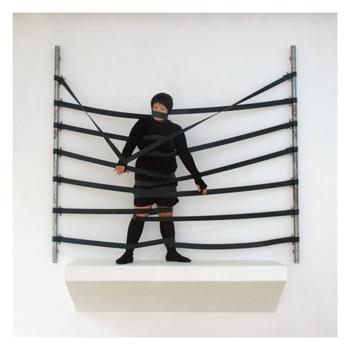 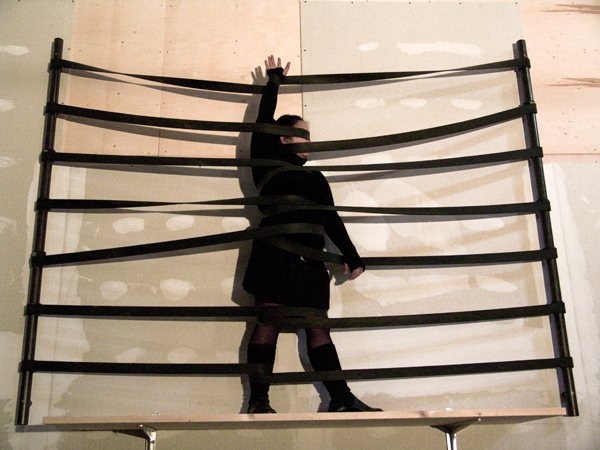 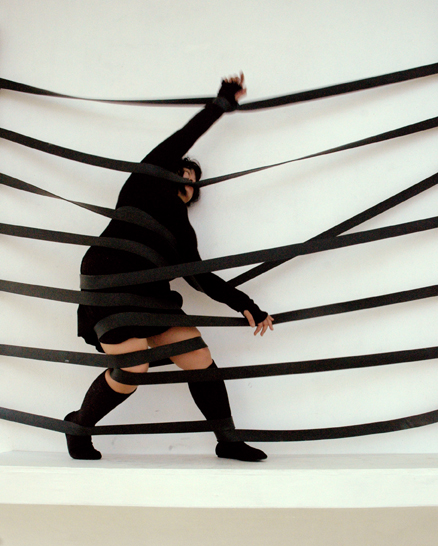